More businesses across Canada will now be eligible for financial help according to the Prime Minister. 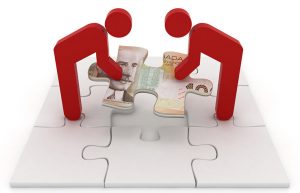 The expansion will help support even more businesses get the financial help they need in order to help ease the financial burden in place due to COVID-19.

The government is increasing and decreasing the eligibility threshold, allowing companies who spent between $20,000 to $1.5 million in total payroll in 2019 to be eligible for the CEBA. Businesses and non-profits with total payroll between $20,000 and $1.5 million in 2019 will now qualify for loans under the Canada Emergency Business Account (CEBA).

The interest-free loans offered by banks and credit unions are worth up to $40,000, with $10,000 of that forgivable if the rest is paid by the end of 2022. For those unable to repay by then, the loan can be converted into a three-year term loan at a five per cent interest rate.

Previously, eligibility required payroll to be between $50,000 and $1 million. Since CEBA launched on April 9, more than 195,000 loans have been approved by financial institutions, worth $7.5 billion.

This program will provide loans, including forgivable loans, to commercial property owners to help cover rents for the months of April, May and June.

Since property-related issues fall under provincial responsibility, the program will require the support of provincial and territorial governments.

Dan Kelly, president of the Canadian Federation of Independent Business, said the CEBA qualification tweaks will allow thousands of additional small firms to access the program.

Hussein Ebrahimjee
Having worked for the Canada Revenue Agency (CRA) as a tax auditor and as Manager at a public accounting firm, Hussein brings along a wealth of experience in Tax planning, Compliance and public accounting.